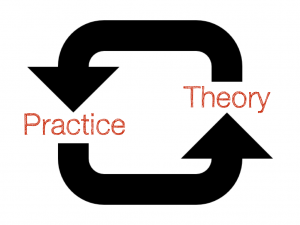 Theoretically there should a reciprocal relationship between Theory and Practice – but it is the gap that every academic bemoans. This posting is prompted not by any particular insight into these matters but rather to share a set of visuals (ambigrams, memes, whatever…) that I created over the past day or so. This was prompted by a conversation about this with Danah Henriksen – so some blame / credit should go to her. (I prefer her getting the blame and all the credit coming to me, but she, and you, may disagree.)

To start with up on top is the standard image – the arrows representing how practice ought to inform theory and vice versa. As Immanuel Kant never said (but should have), “Experience without theory is blind, but theory without experience is mere intellectual play.” So to celebrate this reciprocal, transactional relationship here is an ambigram for these two words, reading “research” one way and “practice” when rotated 180 degrees!

This of course allows me to recreate the two-arrow diagram up above with a new image that can be read even when rotated 180 degrees!! 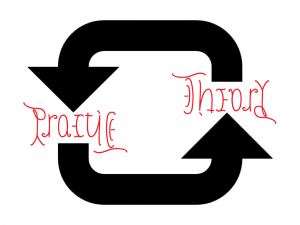 As Danah and I were discussing these ideas, we were also looking on the Internet for interesting quotes related to the Theory-Practice divide, and we found some good ones. That prompted me to start creating some posters/memes (I have no idea what to call them) to represent these ideas visually. (Please note, all the photographs used in the designs below have been taken by me, over the years. And you can click on the images to see higher resolution version of the designs.) So here we go! 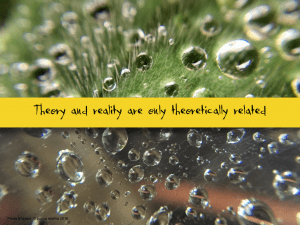 To start out
Theory and Reality are only theoretically related. 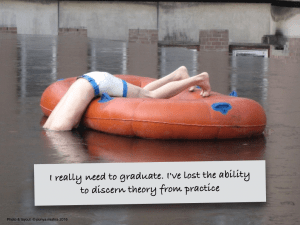 For all the graduate students out there:
I really need to graduate. I’ve lost the ability
to discern theory from practice 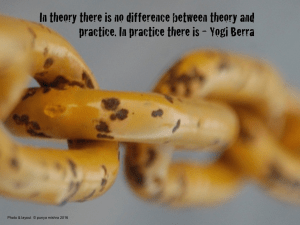 Two unique designs from one Yogi Berra quote:
In theory there is no difference between theory and
practice. In practice there is. 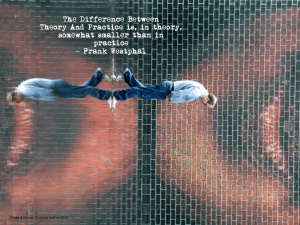 Maybe my favorite quote, from Frank Westphal (similar to the Berra quote above):
The difference between theory and practice is, in theory, somewhat smaller than in practice 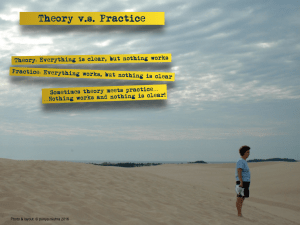