This has been a day of sad news from Stanford University. I blogged about the passing away of Dr. Nalini Ambady (see blog post here). I will digress a bit before I describe the second piece of news because the connection to me (and my work) is much more salient.

Back when I was a graduate student at the University of Illinois at Urbana-Champaign, my friend Madan Pillutla (then a doctoral student in business), told me about an interesting paper titled The lid on the garbage can: Institutional constraints on decision making in the textbook publishing industry. It wasn’t just the catchy title that pushed him to bring the paper to my attention but rather its innovative methodology that applied an interesting statistical approach that had been used to analyze DNA, birdsongs and other biological phenomena towards understanding the decision making process in the textbook publishing industry. It is a sweet piece of work and I remember it to this day.

Fast forward a few years and I was now an untenured assistant professor at Michigan State University.  Sometime during my first few months here I came across a book that changed my life. The book was titled The Media Equation and was written by Clifford Nass and Byron Reeves. The book offered evidence from multiple research studies that

… people tend to treat computers and other media as if they were either real people or real places. The effects of this phenomenon on people experiencing these media are often profound, leading them to behave and to respond to these experiences in unexpected ways, most of which they are completely unaware. [from wikipedia: Media Equation] 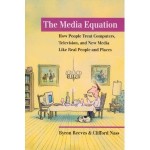 The idea of the media equation, was extended into the Computers as Social Actors (CASA) paradigm, which focused to a greater degree to our interaction with computers and other interactive digital media. The CASA paradigm suggested that people may unconsciously perceive interactive media as being “intentional social agents” and reading personality, beliefs, and attitudes into them, and more importantly, may be acting on these beliefs. Clifford Nass, particular built a strong line of  empirical work to support this position. Fascinating studies conducted by him (and his students / colleagues) showed that people are polite to computers, read gender and personalities into computers, are flattered by them, treat them as teammates, and get angry and punish them.

This was, as you can imagine, eye opening, mind-boggling stuff, and I could right away see that if Nass and Reeves were right, these studies had  important implications for the design of educational technology.

Thus began a 6 year journey of research and writing that took me through social and evolutionary psychology, the history of comics, the design of agent based learning environments, and exploring the role of etiquette in interacting with digital media. My work was supported through a series of grants and led to multiple conference presentations and publications and the design of a new doctoral seminar. Some studies corroborated the CASA hypothesis and its role in educational contexts, while others offered more complicated results. For instance, in one of my favorite papers, published in 2006, we showed that  participants respond differently to praise and blame feedback from computer evaluators than they do from human evaluators, suggesting the need for a more nuanced theory of interaction with interactive media rather than merely claiming “media=real life.”

Another of my favorite papers that emerged from this line of work had to with with connecting the CASA hypothesis with work done on the psychology of art and caricature done by Rodolphe Toppfer the father of the modern comic. Topffer’s experiments with caricature led him to the conclusion (that the art critic and historian Ernst Gombrich eponymously titled Topffer’s Law). Namely:

Any human face, however poorly and childishly drawn, possesses necessarily, by the mere fact of existing, some perfectly definite expression. In other words, any squiggle which we can interpret as a face will have a distinct individual personality.

It will acquire, Gombrich wrote, “a definite character and expression, will be endowed with life, with a presence.”

Clearly personality is not something inherent in face-like sketches or in wall sockets—it is something we “read into” the world around us. Extending this point to include interactive artifacts as well led us to state a modern version of  Toppfer’s Law, extending it into the digital age, as follows:

(a) almost all interfaces, however badly developed, have personality; and (b) that personality can be generated through the subtlest of cues (these could be the manner in which text messages are phrased, the layout, as well as the use of images and other media.

We are meaning making, pattern seeking creatures and it seemed to me that just as we read personality into squiggles of ink on paper we read personalities into all kinds of interactive artifacts, such as word processors and ATM machines. At the heart of all this was an insight that the Media Equation gave me – regarding the complex relationship between humans and these devices we create. And the person who highlighted this more than anybody else was Clifford Nass. His engaging style of writing, his ability to home in on the core insight, his amazing ability to generate new research studies… Nass blazed an impressive trail through the field of media studies and human-computer interaction. 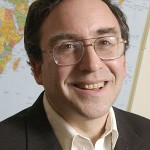 And there were still surprises in store.

It was after many years of following his work on the psychological responses to media that I realized that the paper on the garbage can model of decision making in the publishing industry (the paper that Madan had shared with me so many years ago, and that I had so loved) was written by Nass as well. I had never made the connection – because these two areas of work were just so different from each other (one on decision making in organizations the others about how we interact with media).

What was common, however, to both lines of work (and almost all that Nass wrote) were this knack of finding and developing interesting methodologies to empirically tease apart complex human/social phenomena.

His intellect was obvious, his fun loving nature even more so. If there was a scholar I was in awe of, it was Cliff Nass. Of course, over time, my research interests shifted away-but I always maintained a high regard for his work. I followed it occasionally, skimming his new books, and never ceasing to be amazed by both the breadth and depth of his scholarship.

So it is with great sadness I learned yesterday that Cliff Nass had suddenly passed away from a heart attack. He was just 55 years old!

I met with him once, a year or so ago when he had visited MSU – but it was with a large group of people for just 30 minutes. I did manage in the rush of things to let him know just how much I valued his work and what an important influence he had been on me. It was quick, and I am not he truly “heard” me – and again I am sure he must have heard things like this all the time.

I owe him a great deal. May he rest in peace.

The article Madan shared with me back when we were grad students at UIUC was:

Levitt, B. & Nass, C. (1989). The lid on the garbage can: Institutional constraints on decision making in the textbook publishing industry.Administrative Science Quarterly, 34(2), 190-207.