Back in March of 2012 I was on a plane flying back from the SITE2012 conference in Austin, Texas and noticed an interesting cloud-formation through my airplane window. This intrigued me enough that I took a picture. Here it is (click on the image for a larger version). 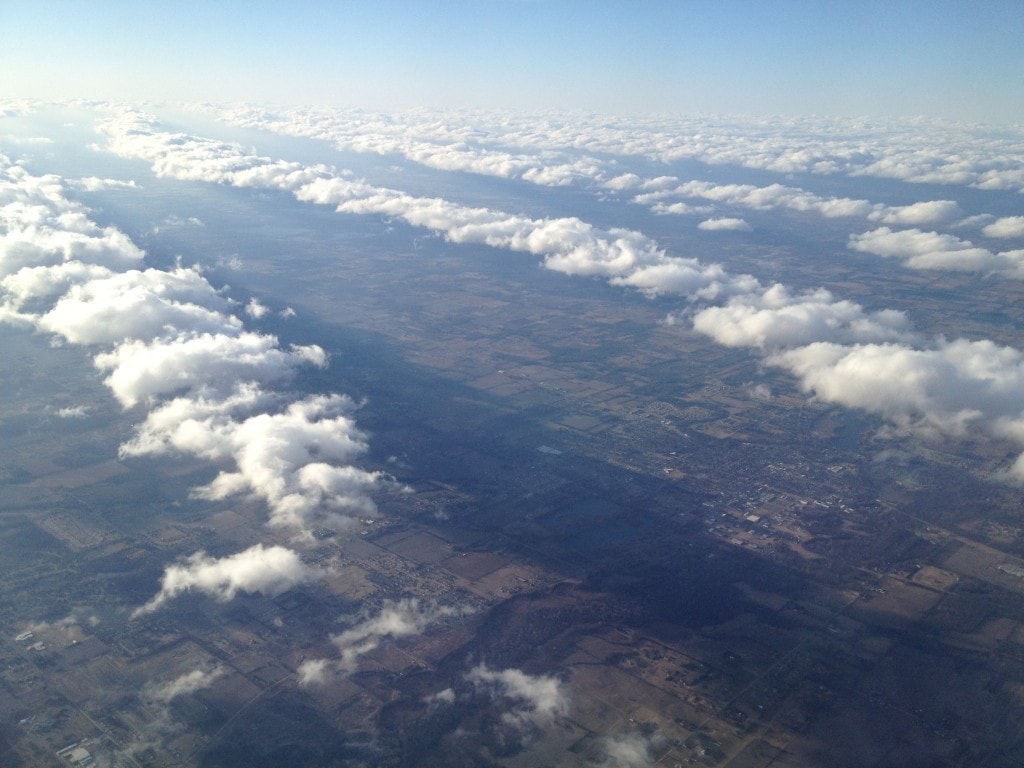 What intrigued me were the manner in which the clouds were lined up in almost prefect parallel lines! I had no real explanation for this – just something interesting worth recording. That image has been sitting on my phone for a couple of years now… and haven’t really given it much thought, till this morning…

Imagine my delight in seeing an article on a website called Earth Science Picture of the Day. The picture of the day for the 11th of February 2012 was an almost identical photo. See it below: 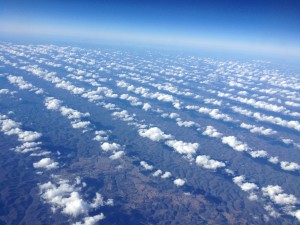 And better still the page also includes a description of how such a structure is formed in the first place. As it turns out the creation of such “cloud trains” are a function of the topography of the land over which such clouds are formed. As the webpage says:

Notice how the clouds are parallel with the ridges below them. Wind near the surface blowing up the western slopes forms waves in the atmosphere. At the crest of the wave, over the ridge tops, the air has cooled sufficiently to condense into clouds. As this air descends toward the wave trough, it becomes slightly warmer and drier, inhibiting condensation.

Here are some other examples and online resources that help explain this phenomena.

The manner in which such forms of order emerge through relatively blind process of the laws of physics and mathematics playing out in the real world have never ceased to amaze me. What was intriguing was that I had observed something similar in my kitchen (and had even blogged about it back in 2010), and had never really “seen” the connection!

In that post I had written about a mysterious pentagon (or some kind of a five-sided figure) that appeared in a pot of boiling lentils, see image below:

As it turns out the explanation for the appearance of this geometrical figure was a consequence of the shape of the burner that was being used to heat the lentils and water. (See my blog post for a more complete explanation.) What is fascinating about both these phenomena is how the “topography” below influences the formation of clouds in one case and the pentagon in the other. The kinds of convection currents that lead to condensation (in the case of clouds) and relatively static spots (in the case of the lentils) are quite similar!

How cool is that!

Incidentally I had written about another (this time biologically derived) source of surprising patterns in another blog post, that may be of interest as well. See The search for pattern, beauty and intelligent life.